What I Watched In November 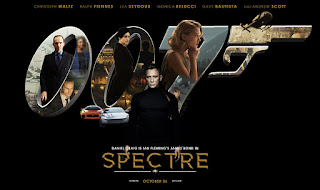 Last month saw the debut of the latest Bond film, SPECTRE and I caught it opening weekend, like you do. I've been a big fan of the Daniel Craig Bond era films feeling that the revision of the character was both overdue and well done bringing needed gravitas and believability to a series that often made feints at emotional complexity but rarely succeeded in generating more than thrills. Not that there is anything wrong with thrills- that is why we watch a spy movie/action film in the first place. But sometimes the spectacle can be quite hollow without a sense of danger or the feeling of connection to the events onscreen. The Craig films have shown a mature sense of what loss can do to people and why regret is sometimes the standard state of being for people in high risk jobs. These last four Bond movies seem to me the most natural outgrowth of the original Connery films. Craig's Bond is now at the point that Connery's version of the character should have been allowed to reach by 1970. If the series' producers had had the vision to let Bond age and grow older, shouldering his experiences like the barely repaired tool of the state that he has become, these last two films would have been what that man was destined to be - haunted, desperate and fearful that his path was too crooked to be followed any longer. 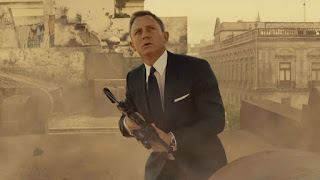 All that may make it sound as if I didn't enjoy SPECTRE but that is not true. This fourth Craig adventure is a solid if unremarkable Bond film that has plenty of thrills and fantastic moments even if it ends up seeming less than what it should have been. The biggest crime the film commits is an almost criminal underuse of the great Christophe Waltz as the story's central villain. He is given so little to do that it is painful to see an actor of his talent squandered in such an underwritten role. As a mysterious man from Bond's background he is far less menacing than he should be and I can't escape the sense that the script needed another pass to give him more to do. Damned shame. With a little luck he will return in the next film to be more of the bad guy he was set up to be for the first hour of this film. 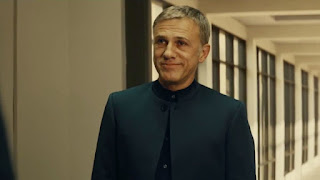 The rest of the movie is standard Bond heroics - and I consider that a complement. There is a certain lack of cohesiveness to the plotting that occasionally caused me to have to mentally backtrack for the reason for each change of locale, but I'd rather the film move quickly than overstate each point so I'm not going to complain too much. I actually found the events back in London with M and his problems with the destruction of MI-6 to be more interesting at times than the globe hopping of the superspy. I can't say that has ever been true of one of these movies before. Overall I like this movie but it does not reach the heights of SKYFALL or CASINO ROYALE. This is a good mid-range Bond film which means that Craig now has two solid wins, one loss and what I will call a TKO. I hope he does one more of these and that the script rises above the bare bones construct-a-threat level this one sinks to far too often.

What was the quality of The Deadly Companions like for you? When I watched it for the first time the print was pretty poor. I didn't even know what was going on during the scene with the Indian and cave.

The print TCM showed was bight and clear. I'm glad I waited to see this one this way - it was a good, letterboxed presentation.

By the third viewing I finally appreciated it. How would you ranks Sam Pechinpah's movies?

What was it about Deadly Companions that made it hard to like?

And rating Peckinpah's films is rough! I like/love most of them except for CONVOY and the mess that is THE OSTERMAN WEEKEND. I guess the top five for me would be WILD BUNCH, CROSS OF IRON, BRING ME THE HEAD OF ALFREDO GARCIA, STRAW DOGS and THE BALLAD OF CABLE HOGUE.

What made it hard was the print was dark and sometimes it was difficult to tell what was going on. I knew there was some complex material like with character motivations and so on.
I'd rank his films in this order.
The Wild Bunch
Cross of Iron
Alfredo Garcia
Ride the High Country
The Getaway
Straw Dogs
Major Dundee
Pat Garrett and Billy the Kid
Cable Hogue
The Deadly Companions
The Killer Elite
Junior Bonner
Convoy
Osterman Weekend

Unknown said...
This comment has been removed by the author.
Tuesday, December 08, 2015

Interesting ranking - I've always felt that Major Dundee is a little too scattered as a narrative for its own good so I would place it further down. And I like Junior Bonner more than either Deadly Companions or Killer Elite but we're spitting hairs to one degree or another now :-)