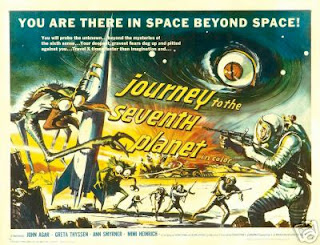 I can vouch for the fact that this film is nowhere near as cool as this poster art. No where!

But come on, really! What could be?
Posted by Rod Barnett at 1:09 PM No comments:

The Greatest T-shirt EVER! 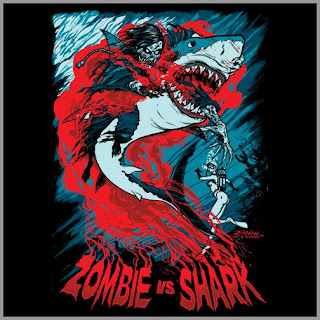 With all due credit to Geek Orthodox I must second that fine blog's statement that this is the single greatest t-shirt in the history of t-shirts! And I must own one. Maybe not right now - maybe not before Christmas - but soon. And in extra large.
Posted by Rod Barnett at 9:07 PM No comments: 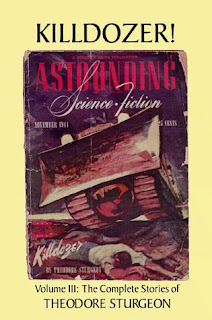 Back in the 1970s Theodore Sturgeon's short story KILLDOZER was made into a TV movie. I have vague memories of seeing parts of it as a kid but I know I never saw the whole thing. A few months ago I read the story in my copy of the complete Sturgeon Vol. 3 and it is one hell of a good tale. It sounds ridiculous of course. An ancient, malevolent energy creature is freed from its rocky prison by a construction crew building an airfield on a Pacific island. It takes over a large bulldozer and goes on a killing rampage slaughtering as many people as it can get beneath its metal treads. Crazy! But boy does Ted Sturgeon make it work.

I've got to find a copy of the TV film someday soon. But I never thought it would (or could) be turned into a game! Follow the LINK......crushing helpless construction men was never so much fun!
Posted by Rod Barnett at 10:22 PM 1 comment:

Oh my! This is described as a 'Cold Cast Resin Bust of Im-ho-tep/Ardath Bey as portrayed by Boris Karloff in the 1932 movie, The Mummy' and priced at $60.

I may have to ask for this for Christmas!
Posted by Rod Barnett at 9:18 PM No comments: 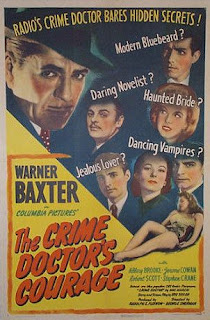 I sat down tonight to watch one of the Crime Doctor movies from the 1940s tonight. I only have five of the series of ten and I've enjoyed each one I've watched. The one I caught tonight was CRIME DOCTOR'S MAN HUNT which is a pretty good example of these mystery programmers, but as the opening credits rolled by I got a huge shock. The screenplay was written by Leigh Brackett! The same Leigh Brackett responsible for the scripts for THE BIG SLEEP (one of my favorite noirs), RIO BRAVO (my favorite western), THE BIG SLEEP (one of my favorite neo-noirs) and THE EMPIRE STRIKES BACK (the best Star Wars movie)! All of this as well as writing some of the best science fiction of her time are the things for which Miss Brackett is famous. Wow! A Crime Doctor movie, huh?

And to make matters even stranger the film was directed by William Castle! Who would have thought that these two disparate filmmakers would have ever worked together? Castle directed four of this series so his appearance isn't shocking at all but I always pictured Miss Brackett working on higher profile pictures.

Oh- I couldn't find the poster art for CRIME DOCTOR'S MAN HUNT so I used this one. Gorgeous, isn't it?
Posted by Rod Barnett at 9:49 PM 1 comment: 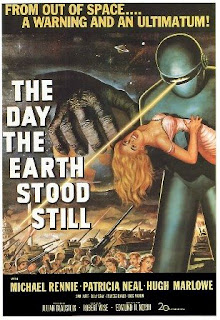 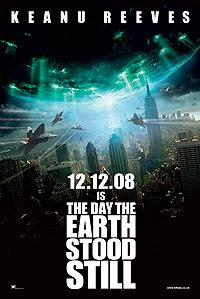 Posted by Rod Barnett at 9:20 PM No comments:

For the first time I will have to issue a warning to anyone electing to watch the short film below. Although the piece is humorous, over the top and clearly ridiculous it does depict some very graphic violence. Of course, its all in claymation! That's right! This is a claymation short film from Japan that plays like a cross between Rankin/Bass and Romero/Fulci. In other words- ZOMBIE MADNESS! That's what I would have called this film myself but I'm not as talented and/or sick as the folks who made this sucker so I didn't get to name it.

So enjoy the Zom-pocalypse rendered in various colors of clay.

Rewatched this sharp little thriller last night with some friends and was disappointed to find that this well crafted trailer was not on the DVD. Mistake! This is what got me interested in the film when it opened theatrically. It's a great bit of misdirection and very effective because it plays on your expectations of particular genres.

Posted by Rod Barnett at 9:06 AM No comments:

Seven minutes of heaven from Bava

Nobody did atmosphere better than Mario Bava. Here's a few minutes from his excellent PLANET OF THE VAMPIRES a.k.a. Terrore Nello Spazio in Italian with subtitles. Amazing stuff that shows the debt ALIEN has to this film. 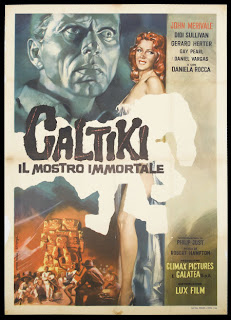 I think I'm getting as obsessed with the poster art for this Freda/Bava film as I have been with the art from PLANET OF THE VAMPIRES.

When will we see a DVD of this movie? Region 1, of course.
Posted by Rod Barnett at 8:45 PM No comments: 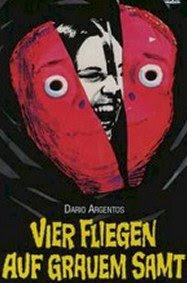 Very exciting news for Dario Argento fans! His third film and the third of his 'animal trilogy' is finally coming out on DVD in Region 1. Until now the only way to see this has been via bootlegs or a recently released European disc that was pulled from several different sources. And it was probably a boot as well! This is to be an official release from Paramount's vaults through the reconstituted No Shame. Here's the info.
This is great news but if you've never seen it I should caution against getting too happy. It's one of Argento's least great gialli with one plot point that is pure silliness. But its still a blast in that 70s crime thriller way I love so much. It will be really nice to see this well presented for once! 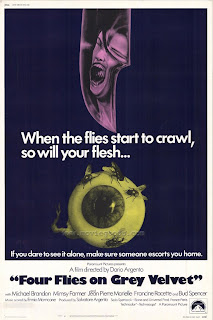 Posted by Rod Barnett at 1:41 PM No comments:

Rewatched this film a few days ago because I couldn't remember much of anything about it. Luckily, its a fun little sleazy horror movie and I'm glad I held onto the Elite DVD for so long.

Posted by Rod Barnett at 6:35 AM No comments:

Just to continue the love for this film.... 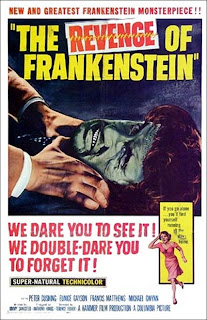 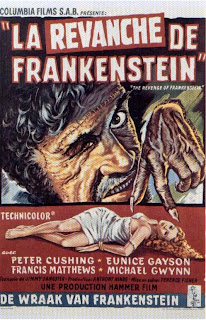 Posted by Rod Barnett at 9:05 PM No comments:

Trailer for THE REVENGE OF FRANKENSTEIN (1958)

Recently I was pondering horror movie sequels that were better than the originals. The usual suspect (THE BRIDE OF FRANKENSTEIN) popped up but I have more fondness for this film, the second of Hammer Studio's long series focusing on Peter Cushing's amazing Baron Frankenstein. I love this trailer because it has Cushing directly addressing the audience. Nice!

What I watched in October 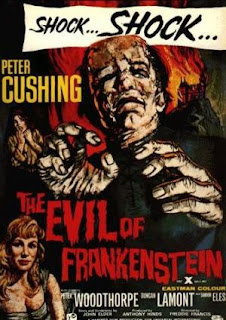 I wallowed in horror movies this year with the help of my friends. Several nights of two or more slotted into my schedule including some unwanted downtime with gall stones! You can use horror movies to keep you sane when painkillers wash over you and allow you to relax. Or, at least I can!

Anyway- a fun mix of old and new this year. I've found myself drawn to the fairly mediocre F13 series to see if my old prejudices about it hold true. Sadly they have proven mostly on target but I am enjoying them a lot more now than when I felt that held a death grip on the genre keeping good films from being made. The mantle of crap now goes to the pathetic SAW franchise which, along with miserable remakes, is driving theatrically released horror into the dirt. Thank goodness for the fantastic stuff that has to come out on DVD. Movies like MIDNIGHT MEAT TRAIN, ROUGE and STUCK really should have been seen in movie houses across the land. They are the new classics we'll be rewatching in the future.

On the other side- I'm finding myself unimpressed with the spate of French horror offerings that are taking the genre by storm. I liked THEM well enough even if I felt it was stretched to a running time it could not really sustain. But both INSIDE and FRONTIER(S) started out very strongly only to grind down and self destruct with over the top gore and stupidity that I ended up laughing at instead of being horrified by. It's too bad as both movies show good abilities behind the camera and a love of actually scaring the audience. The filmmakers just need to learn that no matter how well you've built the story, if you get crazy in the final 10 minutes it doesn't really matter. Explosions are not necessary in a horror movie, folks. And people with their faces burned off don't rock babies to sleep five minutes later. Or at least rarely. And are French cops really that damned stupid?