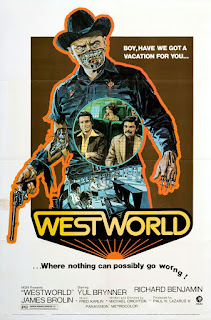 WESTWORLD is a fantastic science fiction tale from the early 1970's that deserves more notoriety on several levels. The first feature film written and directed by best selling author Michael Crichton, it has all of the strengths of a screenplay penned by a novelist but very few of the usual weaknesses that often come along with being too close to the page. It's a lean, mean 90 minute thrill ride that builds its characters and its suspense very well and seems to have been a major influence on later big screen projects. The movie was a big hit for MGM in 1973 spawning a sequel film and an attempted TV series in 1980 with HBO now set to remake the story as well. I guess the concept is simply too juicy to leave in the past! WESTWORLD stars James Brolin, Richard Benjamin and the legendary Yul Brynner along with a cast of very recognizable faces from . 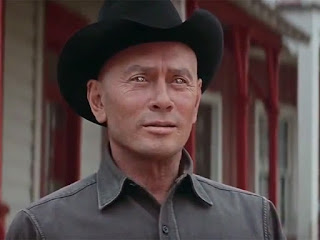 In this episode I'm joined by writer Randy Fox to discuss the film, our history with it and what it means to us as children of the 1970's. This was a film neither of us got to see in the theater but its TV screenings burned images into our memories for a lifetime. Of course, we circle the main subject for awhile, reminiscing about the state of science fiction cinema in the 70's before STAR WARS came along and forever altered the landscape. Our mutual love of the films of that decade shines through and eventually leads us to decide on another movie we should cover here on the podcast in the near future. 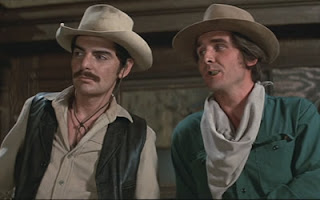 Along with our personal takes on the film we also have a fair amount of production information on the film including the battles with the studio over budget, the short shooting schedule, smart editing decisions, the injuries sustained by the cast, the height difference between director and star as well as a lesson from Brynner on how to not blink onscreen! Additional we touch on the many cinematic descendants of WESTWORLD, some of which may be surprising. So, join us for a trip to where it seems certain that they have a vacation for you. And if you have any comments or questions please write us at thebloodypit@gmail.com where we'll be glad to hear from you. Thanks for downloading and listening.