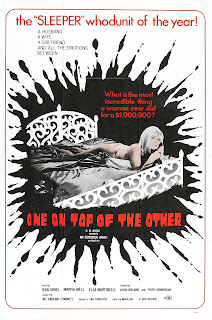 George Dumurrier (Jean Sorel) is a supposedly wealthy doctor with his own medical clinic in . His brother Henry (Alberto de Mendoza) helps run the private clinic but the siblings often clash over George's sometimes crass publicity attempts to get the facility better recognition. At home things are not great either, as George's rich wife Susan (Marisa Mell) is a virtual shut-in suffering from asthma and requiring almost constant care. The couple's relationship is in bad shape and he has been denied access to the areas of the house Susan occupies. On top of this is the poor man's newly strained relationship with his long time mistress Jane (Elsa Martinelli), who is close to deciding to leave him and the city. He loves Jane but knows that without his wife's money his debts would destroy him. Has this guy got problems or what? 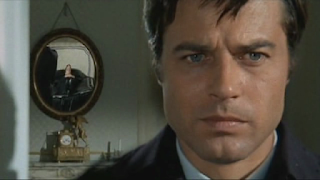 Only by making a grand romantic gesture does George manage to change Jane's mind and convince her to stay in Frisco. He makes vague promises of divorce and hints that his rich wife can't life forever in her condition. No sooner does this conversation take place than he receives word that Susan has died! Completely shocked by her death he is even more surprised when he learns that she'd taken out a life insurance policy naming him as the sole beneficiary. While this unexpected windfall will allow him to clear the clinic's debts and put him comfortably in the black, he can't understand why she would've done this. The marriage had been on shaky ground for years and Susan had made her displeasure with his financial dealings known. The police show some interest at first but nothing suspicious is  evident, so they leave things alone. 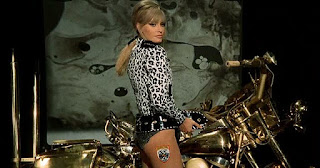 Then a few weeks later George receives an anonymous call telling him to go to a particular nightclub. He does, accompanied by the suspicious Jane, and witnesses the striptease act of Monica Weston (also Marisa Mell). Stunned by the uncanny resemblance to his dead wife, he can only see two minor differences —hair and eye color. Monica is a blonde, green-eyed beauty while Susan was dark haired with brown eyes. After her stage act the sexy woman makes it plain that she's available for sex with George and Jane or the both of them if the price is right; he begs off but is far too intrigued to let it go. He contacts Monica on his own and meets her at her apartment. After a scare when he notices a drug Miss Weston uses that Susan needed as well, George becomes convinced it's just a bizarre coincidence but is it, really? 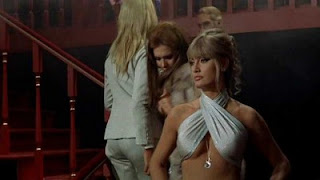 This is a crackerjack of a film! Lifting both the setting and the central conceit of a dead beautiful woman's doppelganger from Hitchcock's Vertigo, Lucio Fulci (Zombie) doesn't simply make a copy of that portrait of obsession. He comes at the story sideways, like some kind of sex-crazed loon hell-bent on one-upping Hitch while playing, tricking and mesmerizing his audience. Unlike Vertigo's nice guy protagonist we're presented with a main character we can't sympathize with very much. He's a bit of a con artist, willing to lie to advance his business prospects. He's clearly no longer in love with his wife — if he ever was — and as we see her gasping for air during an asthma attack the look of hurt accusation in her eyes invites our hostility toward him. But then during a stylishly filmed lovemaking scene, as he gently holds his mistress, we see someone we could possibly like. And after his mad race to Jane's train destination we see him as a flawed man certainly, but not the monster he might have been. And, of course, the fact remains that we know he didn't kill his wife. So when the finger of guilt points to George we're with him because we understand his confusion. And what a lot of confusion he has to contend with! 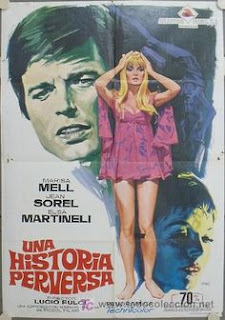 Of course, one of the things confusing poor George so is also one of the big reasons cult film fans have been drawn to this movie for decades — the beautiful Marisa Mell. Playing both Susan and Monica, she is very good here, showing more range than she was usually allowed. When first we see her as the pale, dark haired woman at death's door it's a bit of a shock to viewers familiar with her from Danger: Diabolik. In that Bava comic book classic she's the epitome of sexiness; as the sickly wife she is a haggard mess. But don't despair if you picked this film out to ogle bare flesh, because as Monica we're given the chance to stare at her gorgeous body in scene after scene and in many fetching poses. The sequence in which Jane photographs the stripper in her private studio has enough imagery to jumpstart puberty in an 8 year old! I think that even if the film's story stank it'd be worth seeing for a lot of people simply because of Marisa Mell's many nude scenes. She was certainly one of the most beautiful women to grace European films in the '60s and '70s, and if there's a film that shows more of her physical charms I'm unaware. And if there is one, please contact me immediately!

Be aware that the version of this film released several years ago on domestic DVD under the alternate title PERVERSION STORY is the shorter 97 minutes cut. I much prefer the 107 minute version of the film as that time adds depth and character to this excellent mystery. With luck this Fulci classic will show up on Blu-Ray soon.