I caught up with 1969's MOON ZERO TWO the other night and found it to be pretty terrible. In fact, it's easily one of the weakest Hammer productions I have ever seen and that is saying something. I enjoyed the miniature work, the set design and the female lead, the talented Miss Catherine Schell. Although she had a long career I remember her primarily for her featured role on the second (and last) season of the 1970's TV series Space:1999. This film proved I had not been looking at her closely enough! 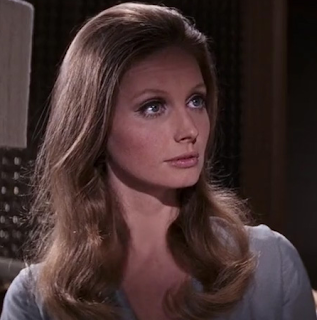 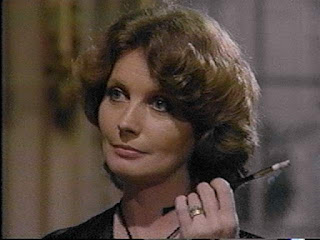 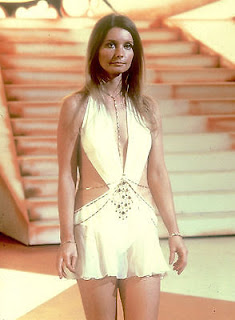 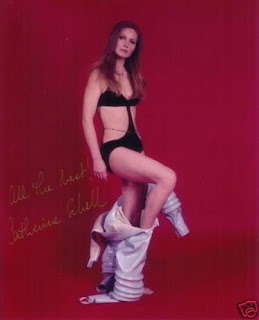 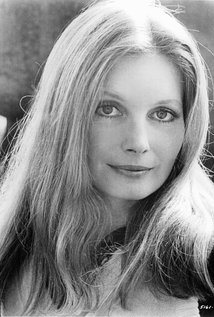 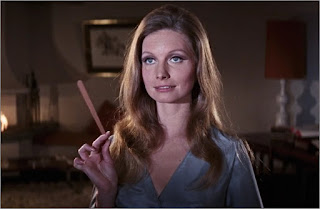 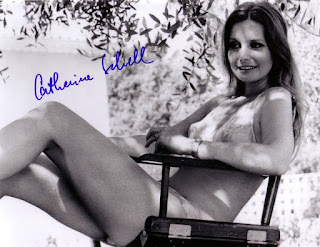 See what I mean?

And, of course, she's also one of Blofeld's unwitting "Angels of Death" in ON HER MAJESTY'S SECRET SERVICE.