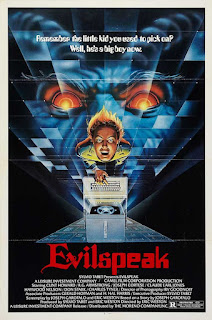 I am joined by John Hudson and Bobby Hazzard to discuss another strange horror film from the 1980’s.
EVILSPEAK (1981) is an independently made supernatural tale of teenage bullies and the righteous revenge eventually visited upon them. It introduces us to poor charity case Stanley Coopersmith (the great Clint Howard) attending a California military academy where he is the target of verbal and physical abuse from most of his classmates. Oddly, he is also insulted and demeaned by the faculty as if he is somehow repulsive to their vision of who should be allowed in this school. What is a miserable misfit to do? Of course, any and all similarities to CARRIE (1976) are completely on purpose. But is it any good? 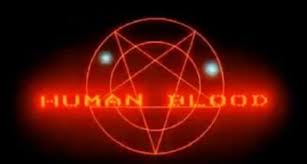 John Hudson makes his case for this often-maligned horror movie with more than a little pushback from the rest of us. We all agree that the film is character actor heaven with R. G. Armstrong, Richard Moll, Claude Earl Jones, Charles Tyner, Joe Cortese and Hamilton Camp lending their skills to the slow destruction of Clint Howard’s sad loser, Coopersmith. But the film has a number of points of interest beyond the cast. For cinephiles curious about movies that present early 80’s computers being used to accidentally invoke a centuries dead Spanish Satanic monk so that hell on earth can be unleashed – this is your film! If you have ever wondered what an attack of satanic pigs erupting from the netherworld would look like – this is your film! If the sight of a sweaty Clint Howard makes you happy – this is your film! If you are working your way through a list of the British Video Nasties – this is one you have to see. And if you are curious to see what one million dollars and a three-week shooting schedule can give you in 1981 – here you are! We can’t promise a smooth ride or that you won’t spot the flying-harness wires but we do all agree that the pig and sword violence infused finale is well worth seeing. It’s debatable that this is good, but it certainly is EVILSPEAK good!
If you have any comments or concerns for our sanity thebloodypit@gmail.com is the address. Let know what you think! We’ll veer back into covering European films shot in America next time out.
Apple Podcast LINK
Direct MP3 Download LINK
Posted by Rod Barnett at 8:48 AM