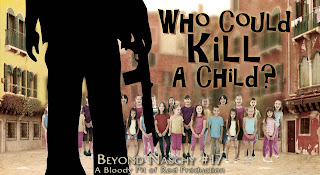 This year marks the 40th anniversary of one of the best Spanish Horror films of the 1970's but it's also one that gets less attention than it deserves. There are several reasons that WHO CAN KILL A CHILD is less well known than other genre movies of the period - there is no overt supernatural element, there is no monster in the traditional sense and the story is unnerving no matter how you choose to view it. Director Narciso Ibáñez Serrador is best known for his two feature films but has had a much more prolific career as a creator and director for television. Interestingly, his theatrical films are considered two of the best and most influential of the Spanish Horror boom leaving fans to lament that he never made more. I guess we just have to be glad we have the classics we have instead of wishing for more.

Beautifully shot, well acted, smartly paced and very tense WHO CAN KILL A CHILD brings much to the table for discussion. Besides the obvious central question of an adult's reaction to a dangerous child there are questions of abortion, discipline, innocence, gender politics, the human cost of war and even nods to the idea that survival is by necessity a dirty business. Moral questions crop up repeatedly in the narrative but these concepts never slow the story. and I have been looking forward to talking about this one for a while and we dig in with gusto. Regular listeners will detect a slight difference in my voice as, at the time we recorded this show, I was still recovering from a nasty bladder infection. My energy had returned but not my voice so be aware that I sound a little off. Or more off than usual!

As always, thank you for downloading and listening to the show. If you have any comments or questions please write us at naschycast@gmail.com where we'll be thrilled to hear from you. If you get the show through iTunes consider rating and reviewing us in the iTunes store. We announce at the end of the episode what film we'll be covering next and it's going to be a major surprise, I think. We are certainly broadening the scope of the podcast!