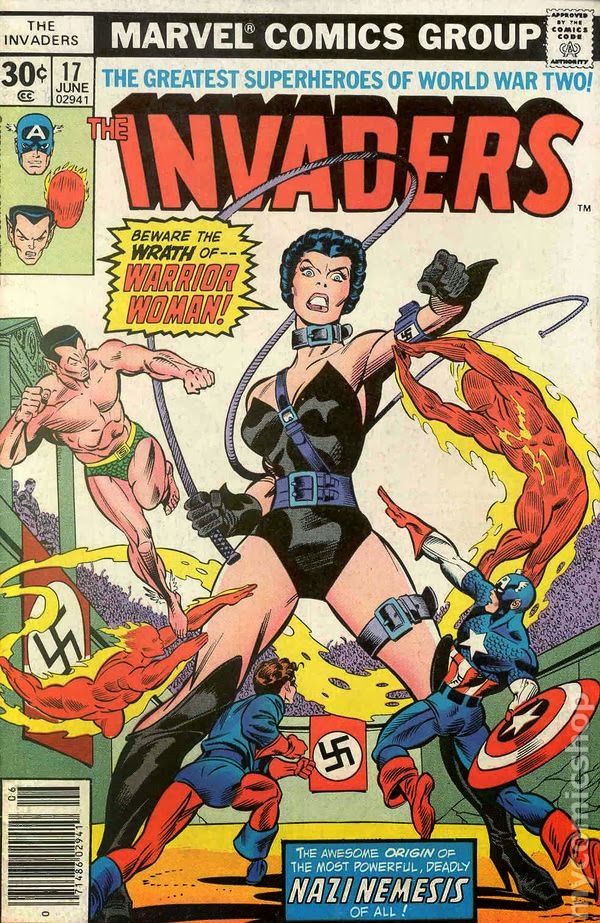 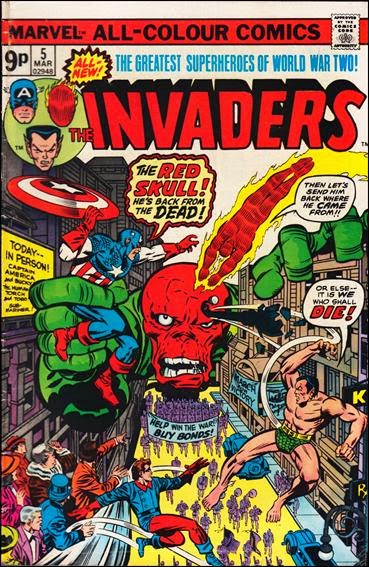 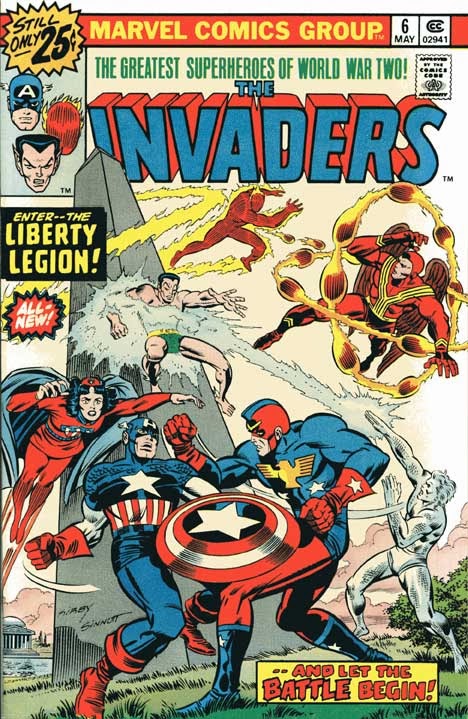 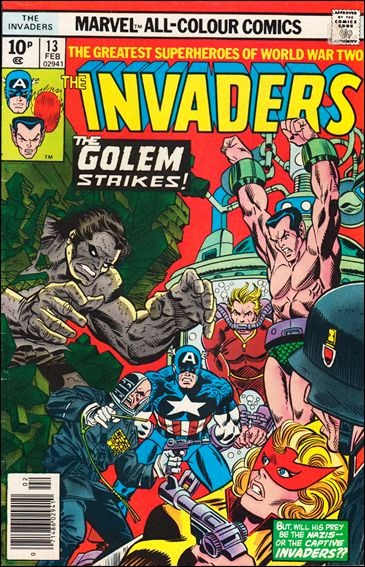 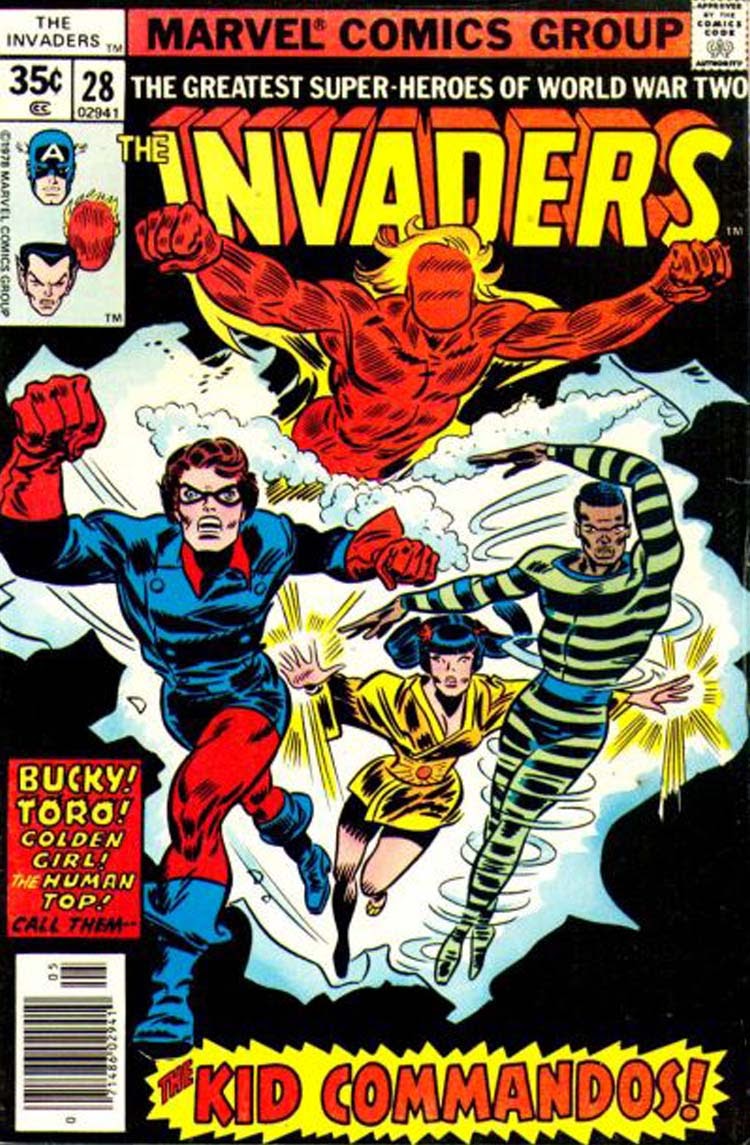 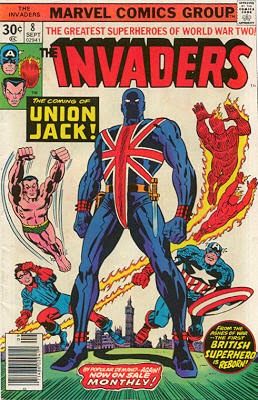 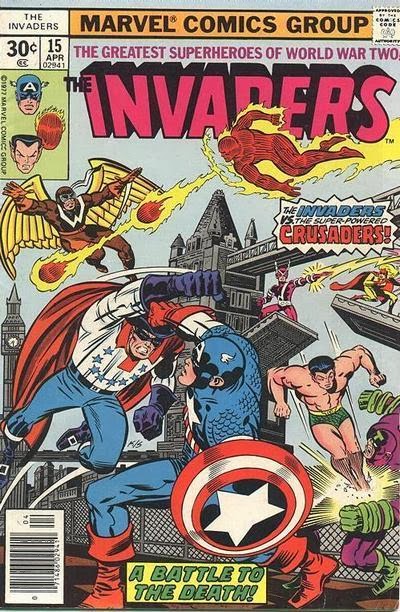 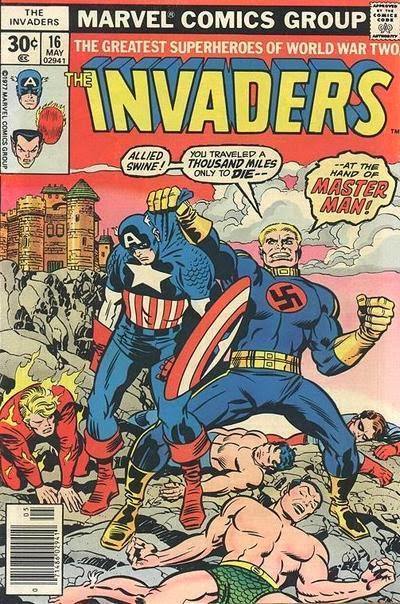 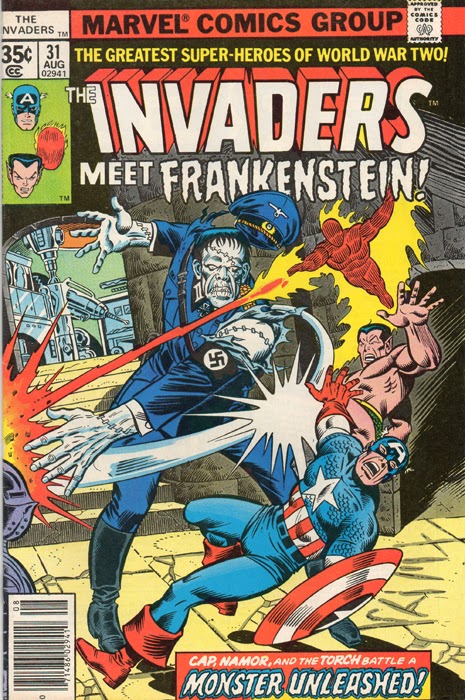 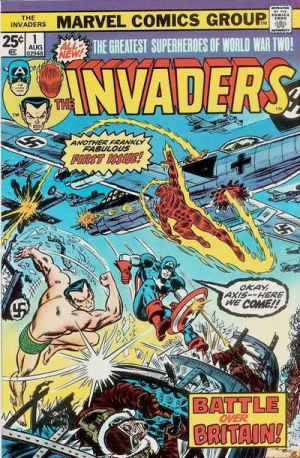 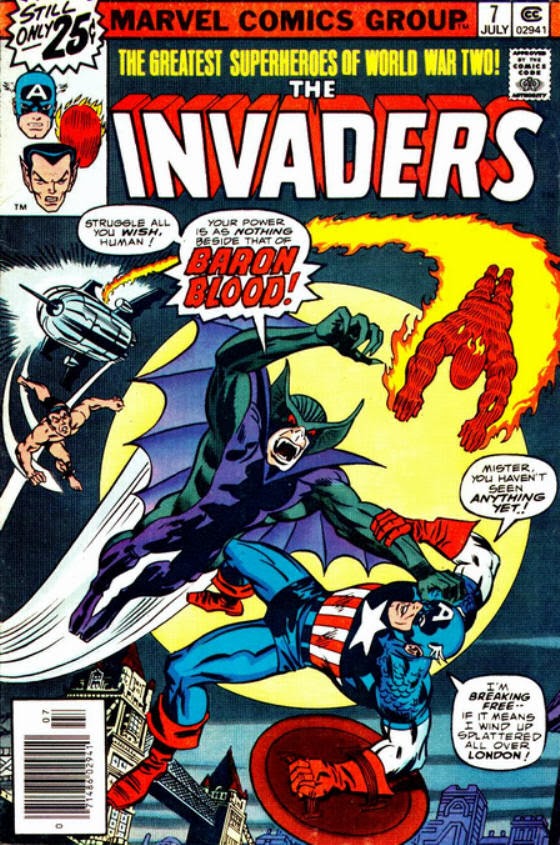 When I was a kid there was no comic book that fired my imagination more than Marvel's The Invaders. I read everything they or DC published  (or as close to it as I could get) but there was something amazing about the adventures of this super hero group in the Second World War that grabbed me on a level that few others could. I loved The Avengers and Spider-Man and Luke Cage with a true beleivers passion but this comic was special to the ten and eleven year old me. I have been slowly rereading the first twenty or so issues in trade paperback form and enjoying them all over again- not as much as I did as a young lad, but they are still a joy. As an adult I can see the silliness of much that I took as deadly serious years ago but I consider that part of the fun now.

I wonder if there is any chance of Marvel Studios making an Invaders film? That would be amazing!