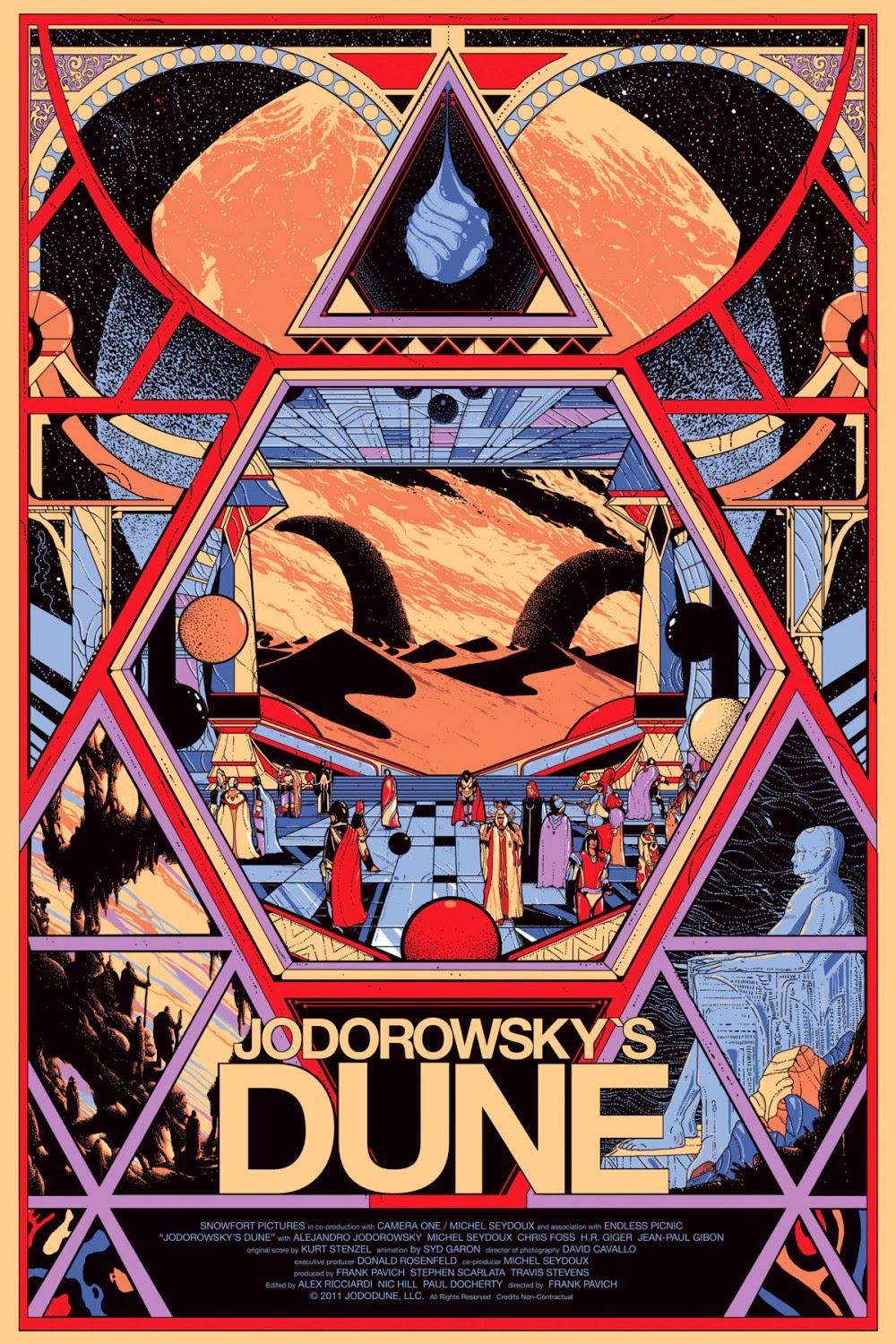 When, years ago, I first heard mention of the fact that legendary filmmaker Alexandro Jodorowsky had attempted to make a movie out of DUNE in the 1970's I was stunned. How could he have thought such a huge undertaking was possible? How could he have thought it was possible to finance a project so bizarre and difficult? Given the depth and detail of the novel, in what ways could it have been visualized at that time? In short- what brand of madness put this ultimately failed venture on track to development with any hope of success? 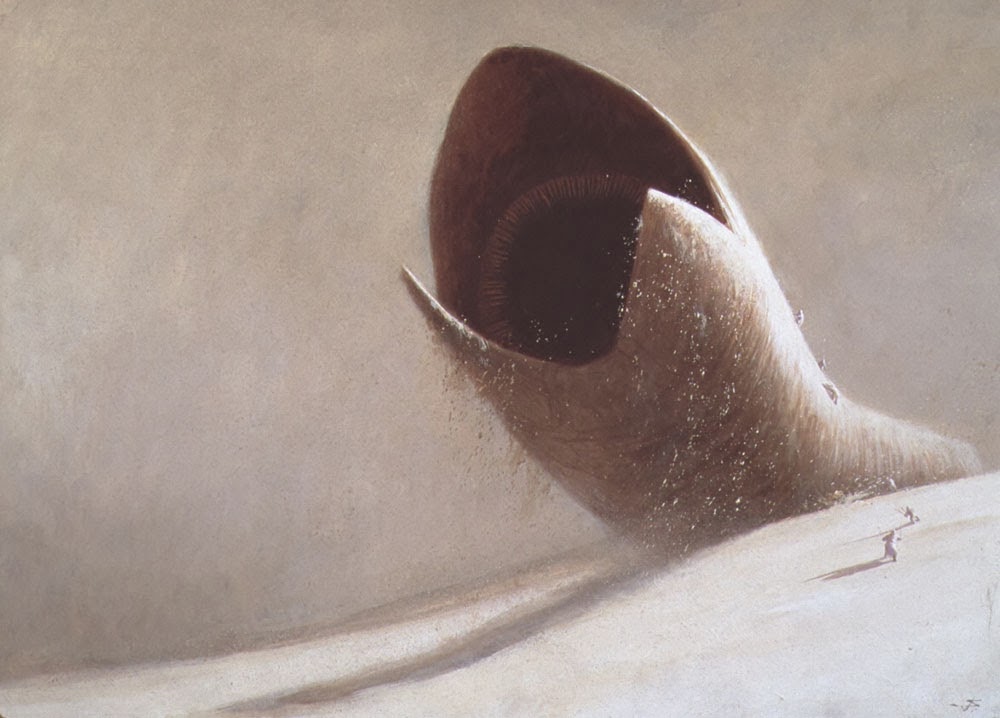 Well, now that tale is being told in a documentary called (appropriately enough) Jodorowsky's DUNE and it is set for release next month. I can't wait and if you have any curiosity about what the extremely talented Jodorowsky attempted I suspect you will as well. I love the Frank Herbert novel and I have a deep fondness for David Lynch's insane take on the material but the mind staggers at what film history would look like if this production had made it to the big screen. This documentary will be our only chance to ever see these ideas laid out and from what I can see in the trailer it will be incredible. 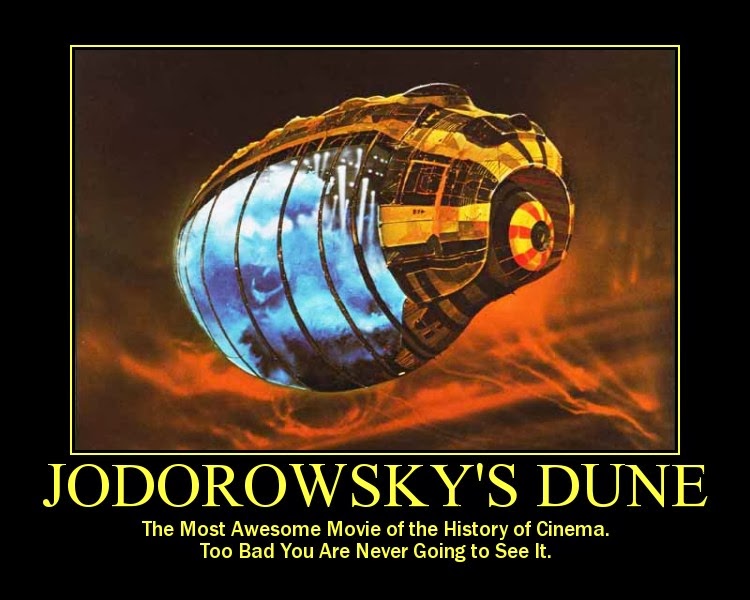