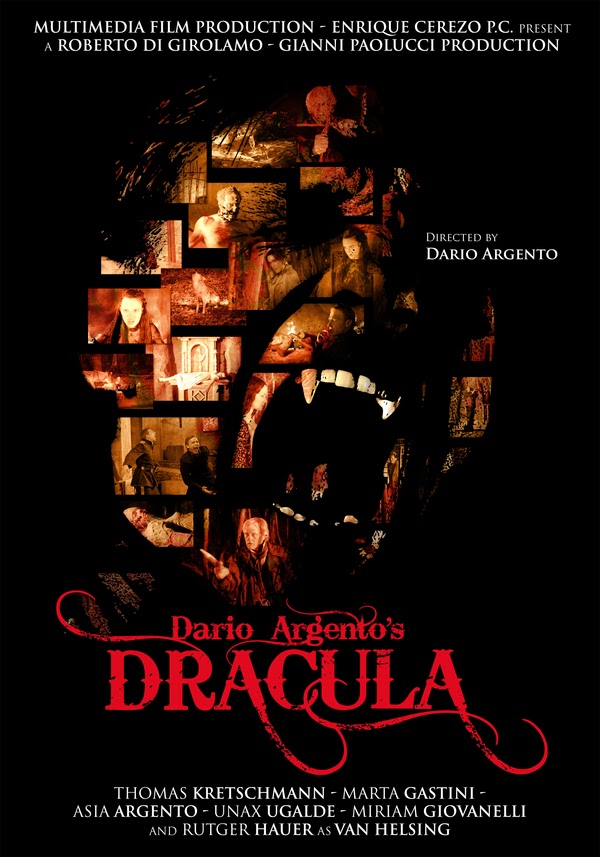 Thanks to NetFlix streaming I caught Dario Argento's DRACULA the other night and tales of its badness turn out to be accurate. Ugh! It's not the worst of Argento's output of the last 20 years but it's better elements are overshadowed by its sharp detriments. Not even the gently hammy performance by Rutger Hauer as Van Helsing can perk it up very much. When he enters the film an hour and twelve minutes have crawled by and most of them brought mediocrity. I had been considering buying the film now that its been made available on Blu-Ray but I have to be glad streaming saved my dollars.

There are some good actors in the film. I like the director's daughter very much and she is pretty good here in the Lucy role. She isn't given much to do (except get nude) until she is turned, but her end comes too quickly to be more than a swift thrill. German actor Thomas Kretschman is the Count and he really is trying to bring some energy to things. Unfortunately he is too often undercut by Dario as he stages most scenes in a flat, uninteresting manner. I kept wanting to have some close ups of Dracula as he interacted with the other characters. I wanted to get a look at his eyes so that we might see the evil lurking beneath the surface and feel some menace. And as a fan of the current America TV series DRACULA I was very curious to see Kretschman as the title character here because he plays Van Helsing in the small screen incarnation. Playing opposing roles in the same story this quickly might be some kind of record!

The bottom line is that, in my opinion, Argento has fumbled again. Its not a complete failure as the movie does have a few moments that work, but as a horror fan I've seen most of this before, done better. The script is nothing more than a combination of parts of the Universal (direct dialog quotes), Hammer (Harker's job for Drac as a librarian) and Dan Curtis/Richard Matheson (lost love reborn) versions with a sprinkling of extra nudity for spice. It looks good but is dully directed and its pacing lurches from fast to slow in a way that feels as if the editing was done by someone just trying to get the thing finished. 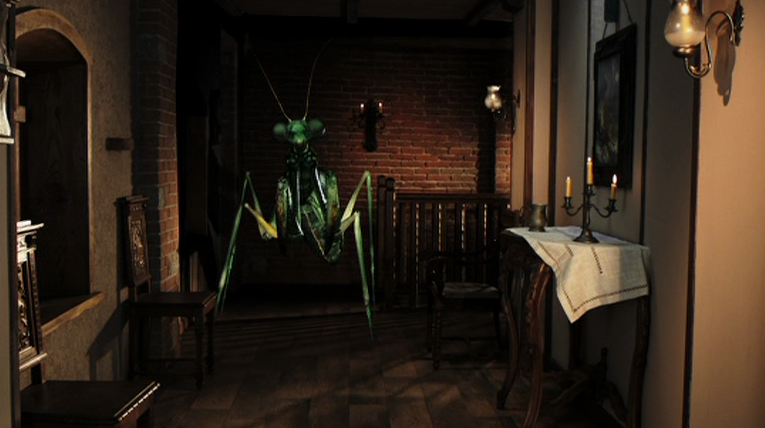 And did I mention the Giant Praying Mantis? I have no explanation for this and neither do the makers of this film. This is the highlight of the film's terrible CGI effects work although the poorly rendered fake passenger train people disembark from twice is a close second in awful visual effects.

It's odd- I have enjoyed a few of his movies of the last 20 years- STENDHAL, SLEEPLESS, DO YOU LIKE HITCHCOCK, THE THIRD MOTHER (I may stand alone on this one) but GIALLO, THE CARD PLAYER, PHANTOM OF THE OPERA have just been terrible. I can't dismiss him but the percentage of joy is low. I know I'll always be excited to see his next film on the off chance I'll come away impressed again but this time- color me embarrassed.

I rented this via Amazon Instant Video (cheaper than a blind buy), and agree with you 100%. It's just not very good -- although there are certainly worse Dracula movies out there. I saw it in hi-def, albeit not 3D... I suppose the 3D effects (which supposedly work fairly well) would enhance the experience a tad but not enough to change my opinion. I mean, c'mon... a GIANT MANTIS?

BTW: The Mrs. & I enjoyed NBC's quasi-steampunk "Dracula" miniseries, too, and hope it gets a second season. Definitely not Stoker's Drac, but at least not predictable because of that very reason. (And Kretschmann makes a better Van Helsing than Count Dracula.)

I agree about the surprisingly good Drac TV series. I love the feel of it and the fact that they messed around with the characters in interesting ways added to the entertainment value. It was bloody as HELL as well which shocked me a little for a net work show.