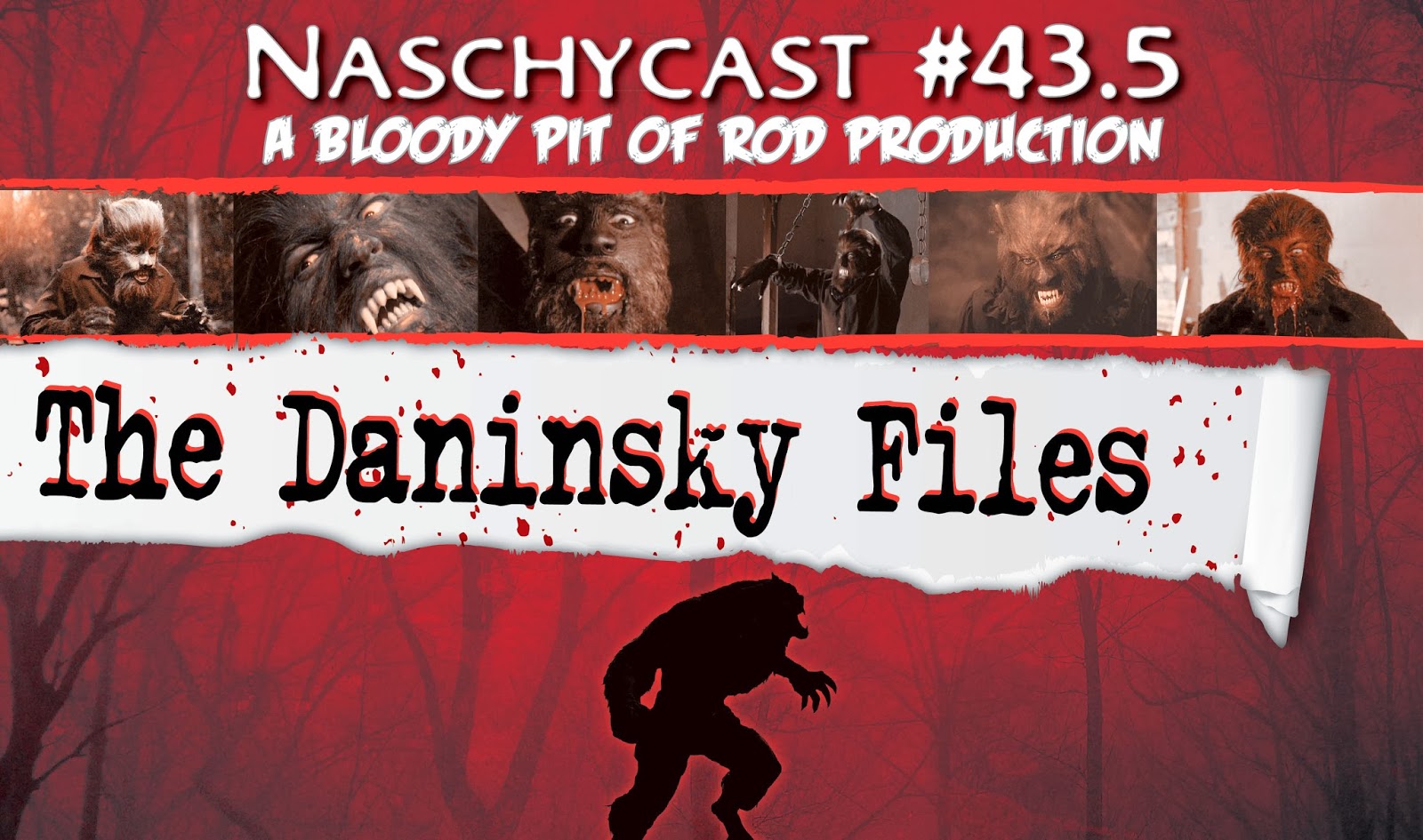 After too long a time the NaschyCast returns to the world of El Hombre Lobo! Having covered all eleven of the Waldemar Daninsky film over the course of the podcast your two hosts have decided to weigh in on how the series stacks up. We each rank the films from favorite to least favorite with a surprise digital guest appearance by our Man in the Field - Dan! Yep- in a strange, jumbled way we have Dan join us (through the magic of painstaking editing) to list off his thoughts on the Daninsky movies as well. You just never know what surprises will be up our hairy sleeve.

Of course, it wouldn't be the NaschyCast without a number of digressions and tangents so expect some conversation about Lester Dent pulp stories; Derek Robinson World War One novels about fighter pilots; the epic-length science fiction of Peter R. Hamilton; bizarre combinations of music and werewolf imagery; and Rod's brief review of Argento's DRACULA film. We narrowly avoid a discussion of ARCHER so be happy we have some self-control. Also, the feedback section is packed with fun tidings including an MP3 piece from a new writer to the show and a couple of other Spanish Horror fans chiming in with their own rankings of the lycanthrope cinema of Senor Naschy. It's a fun time for all involved! If you would like to add your two cents worth you can write us at naschycast@gmail.com or join us over on the Facebook page. And thank you for downloading and listening!