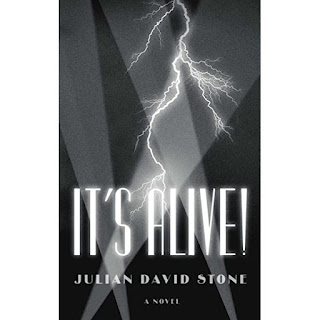 This episode I welcome writer Julian David Stone to discuss his new novel, It’s Alive! The book explores the struggle to produce FRANKENSTEIN (1931) at Universal Studio. Stone’s story uses the perspectives of Bela Lugosi, Boris Karloff and studio head Carl Laemmle, Jr. to relate the difficult path to getting that revered classic film off the ground. We get inside the heads of this trio of talented people giving us an insightful view of each and their motivations during this important period in film history. Fans of the Universal classic horror movies often think of these films in terms of one success leading inevitably to another but the resistance to bringing these macabre tales to the screen was strong. ‘It’s Alive’ presents an excellent look at the battle to create not just one movie but an entire cycle of them that changed how Hollywood thought about horror cinema.

Of course, I can’t have a discussion that touches on the Universal horror films without the conversation spiraling out to other movies in the series. We dig a little into favorite entries including defenses of some of the underpraised films of later years. As expected, Mr. Stone is a Monster Kid from way back and his love for these film shines through. We had a great time talking and I can highly recommend It’s Alive!

If you have any comments or questions thebloodypit@gmail.com is the place to write or send voice messages. Thank you for listening and we’ll be back soon.