A Request for 'Knights & Knaves' Blu-Rays 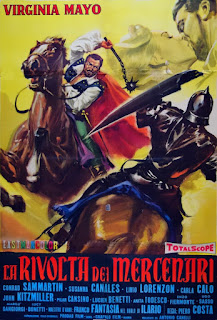 I've been very happy over the past few years to see that several of the boutique Blu-Ray companies are starting to move further afield in their desire to license obscure movies. I’m not sure that we need the fifth or sixth release of every Fulci horror film (now in 4K!!) before we get a decent release of literally hundreds of worthy pieces of cinema history.

Later this year several companies are putting out a number of fascinating movies that have never been given the care and attention they deserve and I’m thrilled. But there are a couple of genres that still seem to be ignored and I’d like to make a short plea for one of the most obscure.

I’m a big fan of swashbucklers from any decade. This can be traced back to youthful television viewings of a couple of classic Errol Flynn movies – THE ADVENTURES OF ROBIN HOOD (1938) and CAPTAIN BLOOD (1935) - that dovetailed perfectly with my early reading of adventure stories of all types. And while I could make a loud argument that both Robin Hood and pirate movies are underrepresented in the current Blu-Ray market there is another genre with even fewer examples on retailer’s e-shelves. I refer to what I call the Knights & Knaves classification of adventure tales in the vein of IVANHOE (1952), KNIGHTS OF THE ROUND TABLE (1952), THE WAR LORD (1965) or PRINCE VALIANT (1954). And, of course, what I am most interested in seeing receive the Blu-Ray ‘special edition’ treatment are the films made in Europe during the period from the late 1950’s to the 1970’s.

The Hollywood made films of this type are well represented these days but the lower budgeted follow-on productions are nearly invisible. There are a number of fascinating movies made in various countries that are worth considering. These were once staples of cheap television film packages sold to stations looking to fill up weekend afternoon slots but in the last few decades they have fallen into such obscurity that often the only option to see them is a poor copy posted on YouTube. This is a crime against film!

If I could have my way, I would ask that this fertile field of Sword & Armor cinema be explored by enterprising Blu-Ray companies. There are dozens of fascinating movies worthy of rediscovery. I know that they wouldn’t sell as many copies as a horror film from the 80’s or a giallo from the 70’s but there is a market out there. Well, unless I am the only lunatic calling for this, which might be possible. After all, these movies are considered rather juvenile entertainments with limited modern day appeal but the same could be said of peplum adventures made in the same years and they are finally getting some attention. 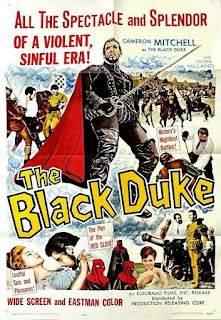 In this partial list there is some crossover with other swashbuckler kinds of tales but the flavor is the same. This type of adventure cinema deserves more than to be relegated to the rescued 16mm prints that pop up online or on cheap streaming services. These are interesting, entertaining movies that could find a receptive audience if given the right push. I hold out hope that some home video producer out there will see the wisdom of exploring these this mostly unexamined genre. 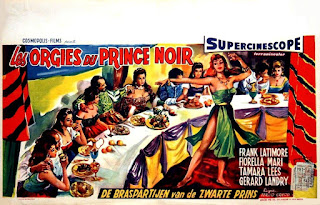