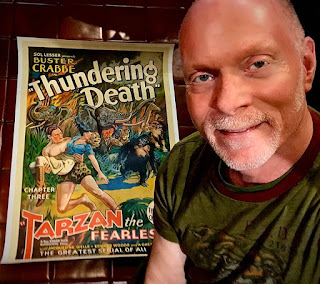 Every now and then you meet a true raconteur. Someone who not only has the ability to tell tales in an amusing way but who has enough life experiences accumulated to have stories that seem to be inexhaustible. Sam Irvin is such a person!

Sam is a filmmaker who got his start in the industry working with Brian De Palma in the 1970’s on THE FURY (1978), HOME MOVIES (1979) and DRESSED TO KILL (1980) but his journey began as a movie obsessed Monster Kid in North Carolina. While just a grade school kid, he started his own movie fanzine in which he reviewed horror, science fiction and fantasy films as well as conducting interviews with his horror film idols. Over his high school years he interviewed Christopher Lee, Peter Cushing, Vincent Price, Freddie Francis, Terence Fisher and even managed to travel to England to speak with them in person. The story of his visit to the set of THE MAN WITH THE GOLDEN GUN (1974) is incredible and one of the funniest celebrity tales I've ever heard.

In the 1980’s he shifted to being a producer, directed his first short film and worked as the Vice President of Marketing for several film distribution companies before finally getting to fulfill his dream of becoming a feature director. And then there’s the little story of making the amazing ELVIRA’S HAUNTED HILLS (2001) with the great Cassandra Peterson. But I should just let Sam tell you his story since he does a much better job than I ever could. 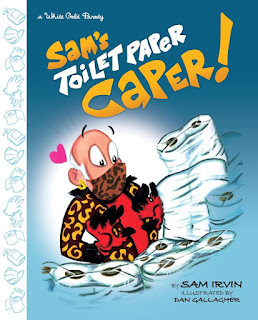 Among all his other projects Sam is also an author and our current pandemic Hell has fueled his creativity in an odd way. Along with artist Dan Gallagher he has produced the book Sam’s Toilet Paper Caper! Styled as a parody of the classic children’s series of Little Golden Books it relates the mostly true adventures of Sam as he attempts to replenish his supply of white gold – rolls of TP. It’s available in both ebook and print editions with links done below. All profits from the sales of this book go to the World Health Organization’s COVID-19 Solidarity Response Fund. To learn more and to donate, you can visit this website: LINK

So, sit back and enjoy this couple of hours with Sam Irvin as he lets us in on some of the more incredible parts of his wild life. If you have any questions or comments the email address is thebloodypit@gmail.com or you can join us over on the show’s FaceBook page. Thanks for listening and we’ll be back soon.