INQUISITION (1976) is coming from Mondo Macabro! 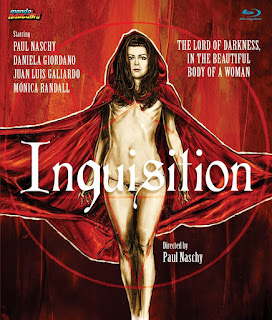 We've known for  few months that Mondo Macabro was planning to release two top notch Paul Naschy films this year and today the company made the official announcement for the first - INQUISITION (1978). This is, of course, extremely exciting and not just because it is the beginning of a stream of Naschy Blu-Ray releases coming in 2017. This is one of the least well known of Naschy's horror films as it falls outside the area of his more famous monster tales. Indeed, this movie hews much more closely to WITCHFINDER GENERAL (1968) or THE DEVILS (1971) than to any of his werewolf films. Regardless, this an excellent film with a strong script, excellent cast and some fantastic ideas driving the actions. I can't wait for more people to be able to finally see this film!

This will be INQUISITION 's Blu-Ray debut and the disc will sport a few nice extras - and that is the big news for the Naschycast. and I were asked to contribute a commentary track for this release and we did so! Yes! We recorded a track that will be included on this Blu-Ray in which we try to provide some information about the film and circumstances around it. We're very excited about this and are very thankful to the fine folks at Mondo Macabro for this opportunity. We hope you will enjoy our track but even if you never listen to us babble at you for the entire running time of the movie I think you'll enjoy the film itself.

Keep an eye on this page to pre-order the Limited Edition or wait a few more months for the regular edition (which will still have our commentary!). This a great film and a must for Naschy fans. It might even be capable of creating NEW Naschy fans!

Here are the official specs for the disc -


We hope to have the limited edition of this title on sale in late April or early May, with the retail version landing in June or so.

HD transfer from the original negative

Audio commentary by Rod Barnett and Troy Guinn of the Naschycast

Archival video introduction to the film by Paul Naschy

And of course, the red case

Oh! and here is the other side of the reversible cover- 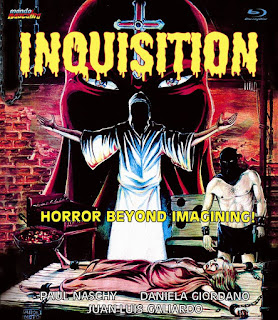 I'll never listen to the audio commentary because I heard Rodney Barnett is a tool.