What I Watched in August 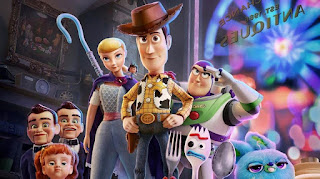 TOY STORY 4 (2019) is the weakest of the animated series but it’s still an excellent movie. It really only seems less than perfect because of its predecessors. The writers have found another touching and heartfelt tale for these characters that shows that the creators are willing to let the toys grow up in ways similar to how the stories have allowed the kids change. It’s funny, fast, inventive and finds new ways to make the eventual loss of childhood innocence feel like a scary journey worth taking. And the film has a lot of interesting subtext about the importance of imagination to a healthy life. Plus, I would love to see a series of shorts starring the two characters voiced by Key & Peele. That was some hilarious stuff! 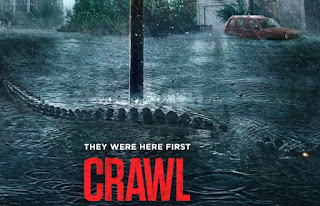 CRAWL (2019) is a throwback to the lean, mean animal attack films of the 1970’s. A hurricane caused flood traps a man under his house and when his daughter arrives to help, things escalate with both of them menaced by alligators. There are a few moments of dodgy CGI and at least one point where I think there is too much physical damage done to a character for them to survive, but it’s a pretty solid small-scale creature feature. 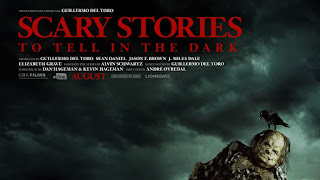 SCARY STORIES TO TELL IN THE DARK (2019) is based on a series of kid’s books which had me dialing down my expectations. Luckily, the movie does a good job of using well the idea of a book filled with magically real stories. The 1968 setting helps as well with the small-town backdrop adding a Ray Bradbury style touch, at least until the terrifying monsters show up to scare the bejeezus out of the young characters. The movie makes good use of a Halloween setting and well-done practical effects work to amp up the creepiness. Although I enjoyed the film overall, I think it’s missing something that could have pushed it into classic territory. But, I’ll watch it again next October to see if I have a more positive reaction.