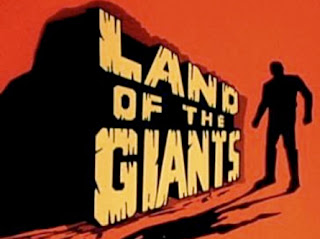 I have no good way to defend watching more of this pretty bad Irwin Allen television series. It is, without a doubt, an hour long show begging to be chopped down to less than fifteen minutes. I have now suffered ....uh...watched three full random episodes from the second season and I think the only reason I can articulate for doing this is that I'm kind of mesmerized by how terrible it is. 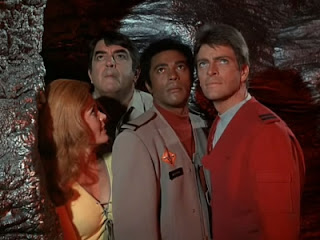 Almost nothing about any of the characters makes sense except that they are necessary for there to be an actual story. For instance, one of the miniature humans stranded on this alien world is a middle-aged, overweight bastard named Fitzhugh. Played by Kurt Kasznar as a sniveling coward who constantly puts his crewmates in deadly jeopardy because of his greed and general worthlessness Fitzhugh should never have survived the first week on this planet. I'm not saying he would have been caught by the giants. I'm saying that any intelligent group of adults would have had enough of his selfish crap and fragged him for the greater good. I mean, come on! Lives are on the line here! I'm sure they would have made it look like an accident to the younger members of the crew but giving that scumbag a dirt nap would have made it much easier to keep everyone else alive and out of trouble. 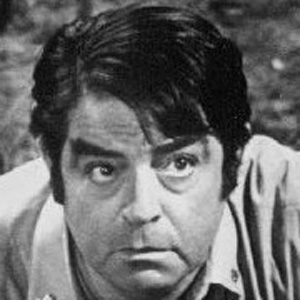 But, of course, that would never happen on what is essentially a family friendly show. Plus, he is in sad way very important. Indeed, the only reason Fitzhugh exists is to do the stupid things he does so that the thin scripts have some engine driving the plot. Without his idiotic actions the show would be even slower and more boring than it already is! The mind boggles.

I have to stop watching this show. Damn you ME-TV!

Gilligan would have been killed in the first week too. What do you think are the top 5 best and worst shows on Me-Tv?

Tough question!
Worst?
I have no love for a lot of the sitcoms the channel shows so The Donna Reed Show does nothing for me; Family Affair is boring; Saved By the Bell is a root canal in visual form. As for best - the original Star Trek is a favorite; The Wild Wild West is steampunk before it had a name; The Twilight Zone, of course; Have Gun Will Travel is great; and Carol Burnett reruns are always good.

The Rodney Barnett Show should never have gotten the green light! And I don't like any of the others you named as well.

On the good side I've started watching Trackdown with Robert Culp and it's quite good.

I like most of the western shows on Me tv. They used to play Combat and I wish they'd bring that back.

Fitzhugh is clearly the Doctor Smith of the show, but even more obnoxious, if that were possible.